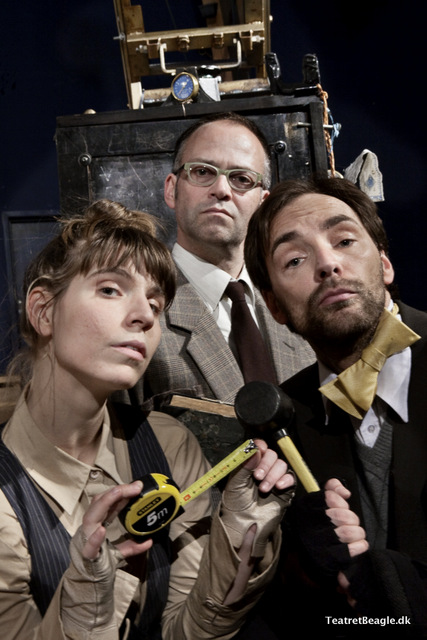 Three cycling eccentrics have send themselves on a mission to collect and certify the material for the book that can answer all questions: The Encyclopaedia!
EnCyclopaedists turn many of lifes big questions upside down and frequently uses the audience in trying to sustain life, according to the encyclopaedia.

The EnCyclopaedists has performed at Horsens and Fanoe Street Theater Festival, Aarhus Festival, ‘Aarhus city for Cyclists’ and the fair: The sustainable family and many other venues.

Childrens Theater Newspaper wrote: “You enjoy the equilibristic encyclopaedists. Snappy, with timing, and plenty of absurd comedy the three busy cyclists work their way through their big project.”

History: Encyklopædisterne is the name of the group of writers who worked together on the French Encyclopédie (1751-1772), ie. Encyclopaedia – or a Systematic Dictionary of the Sciences, Arts and Crafts The forerunner of all future encyclopedias.